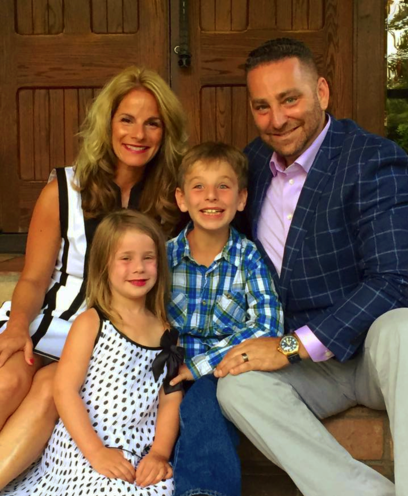 Even though Dan Weitzman has an excellent track record of re-electing state legislators, he has always remained dedicated to helping elect exemplary Democrats, which is why he has played a key role in raising funds for the 2012 campaigns of Raul Bocanegra and Anthony Rendon for Assembly.  Throughout the years, Dan has also made ballot measure campaigns a priority by acting as an integral part of the 2008 Term Limits Reform Act, Proposition 63 and Proposition 77. Dan has been listed by Campaigns and Elections Magazine as one of the “Top 50 people in California Politics.” Capitol Weekly has listed Dan to their Top 100 list of California’s most influential political players for multiple years and he continues to be a very well-known and sought after consultant.

Aside from his career in politics, Dan has been a tireless volunteer for political and community organizations.  While at CSU Sacramento, Dan was a founding member of the Zeta Beta Tau Fraternity where he held several elected positions, including President. He also was the founding President of the Sacramento State Young Democrats from 1989 to 1991, and served as President of the Northern Section of the California Young Democrats (CYD) from 1991 to 1993.  Additionally, Dan acted as CYD’s National Committeeman from 1993 to 1994 and State Treasurer for two terms from 1995 to 1997.  He also served as a National Convention Delegate for the Young Democrats of America three times. Weitzman continues to dedicate his free time to encourage high school and college students to be involved with public service.  In fall 2015, he was inducted into the CYD Hall of Fame.

In addition to inspiring youth to get involved, Dan is central in several other political organizations. He is currently the Fundraising Chair for the Sacramento County Democratic Party. Dan was also a founding member of the Stonewall Democratic Club of Greater Sacramento, and is proud that he and his wife were the first straight couple to take part in the group. For his many years of dedication and commitment, Dan has received many awards including Honorable Mention for the John F. Kennedy Jr. Award for Outstanding Public Service.

For years, Dan has been active in a myriad of local community organizations in Sacramento.  He has served as Board Member, Vice President and President of the Tahoe Park Neighborhood Association (TPNA). Notably from his time with TPNA, Dan organized the District 6 Neighborhood Leaders Coalition which held a Mayoral Forum that connected mayoral candidates with local neighbors in South Sacramento.  He was appointed by then-Sacramento Council Members Steinberg and Jones to sit on the Sacramento Campaign Finance Reform Commission. He currently serves on the Planning and Fundraising Committee for Temple B’nai Isreal.  In addition, Dan has been on the Board of Directors of the Sacramento Theatre Company, a committee member of the Annual Gritts-Off fundraiser in support of the Loaves and Fishes Food Bank and has volunteered for many years as a Christmas day delivery driver for Meals on Wheels.

Away from work and politics, Dan is an avid reader, mainly focusing on works that encompass religious or political history.  On the side, Dan enjoys coaching his son’s youth basketball team, playing golf and visiting with his family in Southern California, especially his five nieces.  Weitzman is married to Randi Weitzman, a Vice-President of Robert Half International, and together, the couple has two children: ten-year-old, Maximilian Jacob Weitzman, and six-year-old, Matilda Rose Weitzman.

the California Democratic Party (CDP) and was the youngest ever elected to that office. He currently serves as a lead co-chair of the CDP Finance Committee and has held that post since 2005.

​​​​            Dan Weitzman has been an activist in the California Democratic Party since his days as an undergraduate at California State University Sacramento, of which he is a proud alumnus.  For the past twenty-seven years, his energy and enthusiasm have been focused on political fundraising, event planning and neighborhood activism.  For sixteen years until 2016 Dan served as Finance Director for the Assembly Democrats. Since 2005 he has been a lead co-chair of the CDP Finance Committee. Currently he works for Senate President pro-Tempore Kevin De León. Also as the Principal of Daniel C. Weitzman Consulting, Dan specializes in raising funds to help elect Democrats across the state.

On the local level, Weitzman recently served as the Finance Chair for the Darrell Steinberg for Mayor of Sacramento 2016 Campaign.  In June, broad support from within the Sacramento community helped the now Mayor-elect win a June primary with the necessary vote threshold to avoid a General election in November. Dan has also been instrumental in assisting former Assembly Speakers with their fundraising and political leadership efforts. Speakers Emeriti Toni Atkins, John A. Pérez, Karen Bass, Fabian Núñez and Robert Hertzberg as well as Former Assembly Majority Leader Dario Frommer and numerous other elected officials in the California State Legislature. In the past, Dan served as a Regional Director of