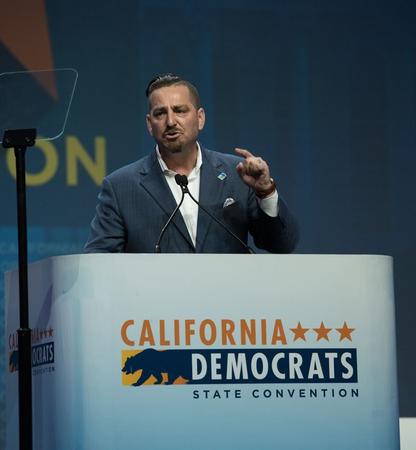 Working Hard For You

"2016's election made it more obvious than ever that the Democratic establishment needs substantial overhaul. It reflected the peoples' thirst for the creation of a more bottom-up Party apparatus that is more inclusive and responsive to the needs of activists and real people on the ground.

“As such, I've decided to run to be the California Democratic Party's next Controller. In this new role,  I’ll work to bring the CDP’s finances more into the 21st century. That means utilizing cutting edge technologies like mobile apps to empower grassroots  and local chapters to help generate increased low-dollar support, so that we can revolutionize and modernize our Party's fundraising infrastructure. We will make it more reflective of what we’ve seen in President Obama and Senator Sanders’ robust digital apparatus’.

"I also plan to think and work creatively about how the Democratic Party can implement grassroots fueled reforms that enhance and better broadcasts our message of justice, equity, and opportunity to both counter Trump’s toxic agenda while also expanding our Democratic majorities throughout the state."